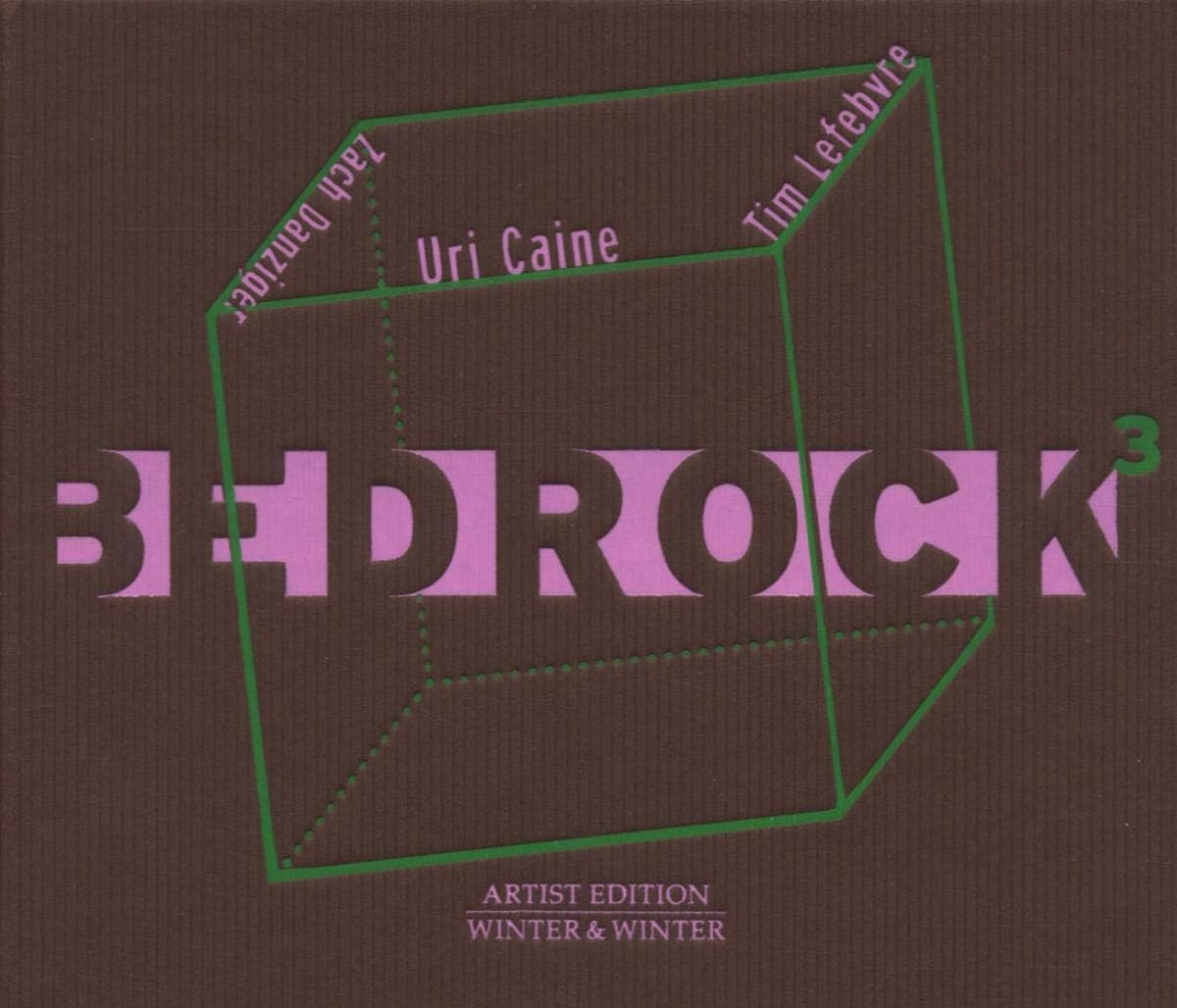 Pianist Uri Caine's career has taken a bewildering, almost John Zorn like path from straight acoustic jazz to recastings of Klezmer songs, Mahler and the Goldberg Variations. Like Zorn, he has an unerring ability to completely absorb the essentials of any given genre and regurtitate at will while gently but firmly subverting it, but beneath all the post modernist downtown New York hipness Caine (again like Zorn) is a fantastic musician. If only he'd just slow down a bit...

Anyway, here's one of three Caine albums released on the same day (just to give an idea of his workrate) which finds our hero in full on 70s fusion mode. Plugging in his Fender Rhodes, Uri negotiates a polyrhythmic fuzak minefield laid by drummer Zach Danziger and bassist Tim Lefebvre. Lefebvre in particular is a gem, laying down subsonic squelches, agile leaps and eccentric vocal effects, while Danziger manages to combine the fierce propulsiveness and laser precision of Headhunters drummer Mike Clarke. Danziger is also responsible for 'additional sounds' which add a bit of textural grit, though I could have done without the sub Coldcut 'quirky' voice samples.

Caine's improvisations have the same mixture of furrowed brow logic and joyousness that Herbie Hancock showed on the Headhunters records ( see the long solo on "J.Edgar Hoover in a Dress") and though he can't resist a drop of pastiche on the elongated sniggering cocktail pianisms of "Lobby Daze" he eventually breaks out into a rigorous solo that envisages how Keith Jarrett might play on a House record (now there's a thought). Less successful are the attempts at drum n' bass, where the trio paint themselves into a corner, unable to do much with the rhythmic strictures they set up, though Danziger's frenzied invention turns 'Flagrant Fragrant' into something special. The opening "Our Hour" though is a real stunner; close on 9 minutes of acceptable face of fusion brilliance.

Live, they'd really be something; as it is, Bedrock is a record that approaches greatness on occasion only to veer away giggling to itself at the last minute, but it's rarely less than entertaining. Tongues out of cheeks next time please chaps... --Peter Marsh

As of Monday, March 16, 2020, we began operating at a reduced staffing capacity in our physical offices in response to the ongoing COVID-19 crisis. During this time, we are committed to providing our members the same quality service that they have come to expect over the years. If you need assistance, please email info [at] printing.org or to reach a member of our staff directly visit www.printing.org/staff and click on the name of the staff person to access their profile. Thank you for your understanding during these unprecedented times.

We have compiled a list of important resources for employers regarding the ongoing coronavirus (COVID-19) pandemic.

As a member, you have the support of a dedicated team of experts ready to help you with education, advocacy, technology, support, benefits, and networking.

Click on underlined dates in our calendar to view upcoming events such as conferences, meetings, and webinars.

Members can access archived editions of our magazine by logging in and visiting the Magazine Archives page. The thumbnails below link to preview versions of our six most recent magazine issues.

We publish valuable industry information on a variety of print-related topics. To stay up to date with our offerings, please check back to our site frequently.

With local affiliated associations, we deliver services and products that enhance the knowledge, growth, and profitability of members through advocacy, research, education, and networking.